On Sunday, 50 volunteers paddled or ferried to Lawlor Island in Halifax Harbour to clean up the beaches. Lawlor Island is a 50 hectare island directly across from MacCormacks Beach in Eastern Passage and is part of McNabs and Lawlor Islands Provincial Park. The island is an environmental protection zone and has no public access.

Volunteers spent the day digging out tires and collected approximately 300 bags of garbage including 20 lobster traps, a large gill fishing net, lots of fishing rope and a port-a-potty.

Two weeks ago volunteers collected 800 bags or 5 tonnes of garbage from McNabs Island. The Lawlor cleanup adds to this amount. Over the past 30 years, more than 16,000 bags of garbage and recyclables have been collected from the beaches of the island park. The McNabs and Lawlor Islands Provincial Park cleanup is the longest-running and largest cleanup in the Maritimes!

About 20 kilograms of gill net fishing gear was untangled from the trees and rocks along the shoreline. This plastic Ghost Gear Marine Debris doesn’t break down and entangles marine animals and wildlife. Other marine debris collected included motor oil containers, lobster bands, bait bags, trap tags, fish crates and 20 lobster traps. Large and small pieces of Styrofoam and dozens of tires were hauled off the beaches of the island park. Interesting items discovered at this cleanup include a port-a-potty, a VHS tape, a broken drone and a miniature boxing glove.

Thanks to the many volunteers from the Friends of McNabs Island and Scotian Shores who picked up garbage that littered the island park. Support for the cleanups came from Develop Nova Scotia, McInnes Cooper, HRM, Nova Scotia Natural Resources, and Fisheries and Oceans Canada. 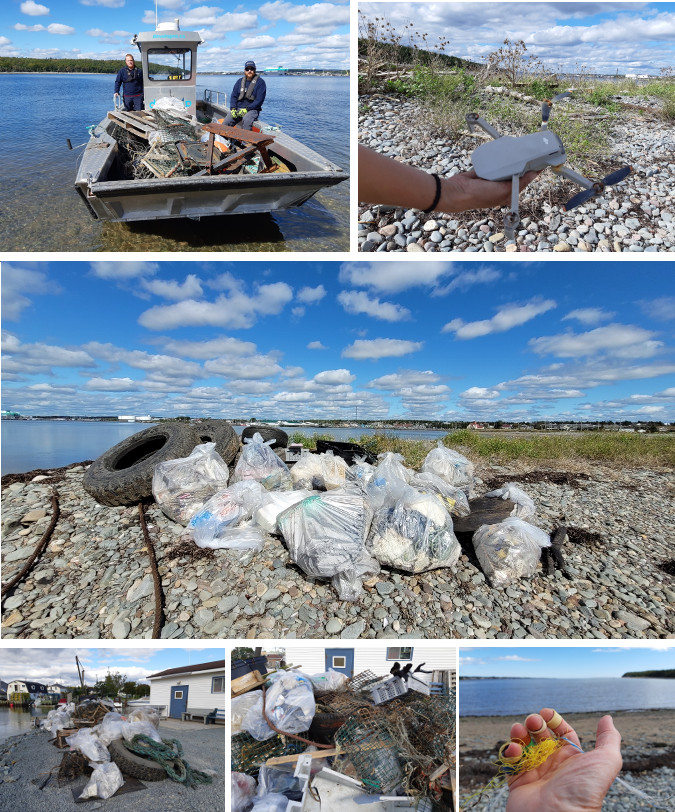