MEDIA RELEASE (FOR IMMEDIATE RELEASE)
(June 5, 2022) Today on World Environment Day, 130 volunteers travelled to the McNabs Island in Halifax Harbour to clean up garbage that has washed ashore since last fall’s beach cleanup. Volunteers collected approximately 400 bags of garbage including a

In total, volunteers have collected 16,500 bags of garbage and recyclables from the beaches of this Provincial Park and national historic site over the past 32 years. The McNabs and Lawlor Islands Provincial Park cleanup is the longest-running and largest cleanup in the Maritimes!

Ghost Gear Marine Debris continues to be a large part of the garbage collected from the beaches. More giant-sized rope was found, motor oil containers, lobster bands and tags, fish crates and lobster traps, Styrofoam of varying sizes, and dozens of oversized tires were hauled off the beaches of the island park. This year there as an odd assortment of personal items and toys – a bedroom slipper, an orthopedic shoe and a bra, plus toy soldiers, a miniature doll’s boot, and a fuzzy koala. And there is a sailboat out there somewhere without its mainsail.

The bulk of the items collected are plastics which deteriorate into micro-plastics over time but stay in the environment for centuries. Plastic tampon applicators from the sewage system and Tim Horton’s coffee cups continue to litter the beaches.

Thanks to teams from McInnes Cooper, Scotian Shores, the 339 Iroquois Sea Cadets, the Alnass Community Association and many individuals and families who volunteered to pick up garbage that littered the park. Support for the cleanup came from McInnes Cooper, Develop Nova Scotia, HRM, Source Atlantic, A&M Sea Charters, Ambassatours, Taylor Made Tours and the Port of Halifax. 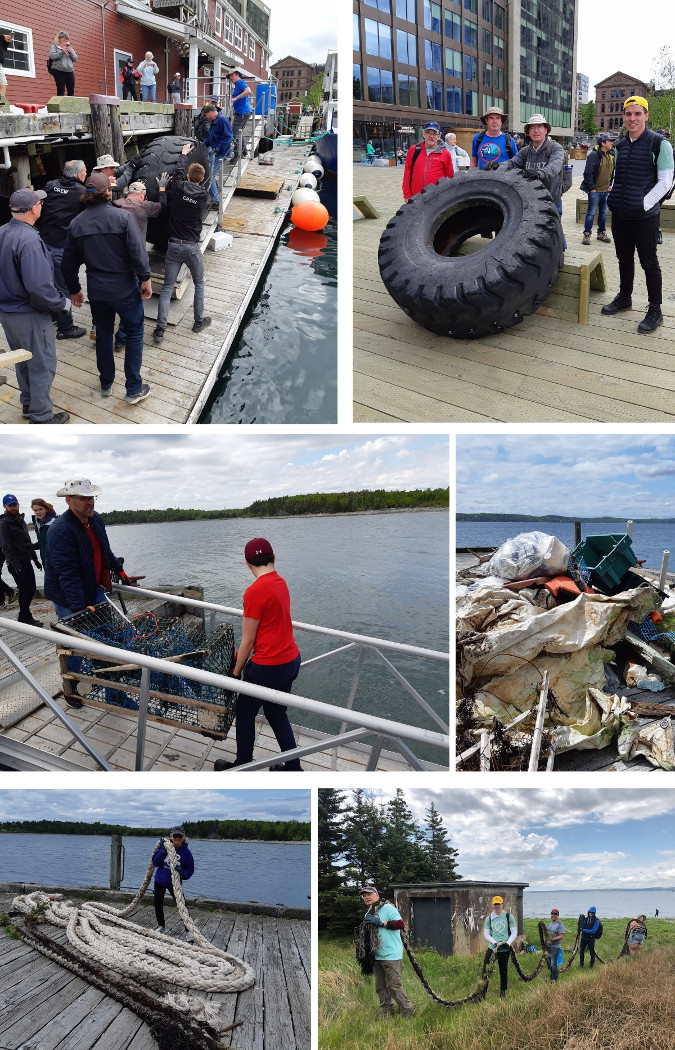