(September 20, 2021)
On Sunday, 90 volunteers travelled to the McNabs Island in Halifax Harbour for our 30th annual Beach Cleanup. The pandemic cancelled the cleanup last year and in June this year so the amount of garbage that had washed up since our last cleanup in June 20

In total, volunteers have collected 15,800 bags of garbage and recyclables from the beaches of this Provincial Park and national historic site over the past 30 years. The McNabs and Lawlor Islands Provincial Park cleanup is the longest-running and largest cleanup in the Maritimes!

Ghost Gear Marine Debris including rope – some of it giant-sized, motor oil containers, lobster bands and tags, fish crates and over 80 lobster traps plus multiple large sheets of Styrofoam and dozens of tires were hauled off the beaches of the island park. Interesting items discovered this year include a miniature Sleeping Beauty, an aluminum commercial blender, various old pots, and several patio umbrellas.

The bulk of the items collected are plastics which deteriorate into micro-plastics over time but stay in the environment for centuries. Plastic tampon applicators from the sewage system and Tim Horton’s coffee cups continue to litter the beaches.

Thanks to teams from McInnes Cooper, Canadian Wildlife Federation’s Wild Outside youth group, the Shearwater Yacht Club, Scotian Shores and many individuals and families who volunteered to pick up garbage that was littering the park..

Support for the cleanup came from McInnes Cooper, Develop Nova Scotia, and Fisheries and Oceans Canada; HRM provided the garbage bags; Source Atlantic gave us gloves; A&M Sea Charters and Taylor Made Tours transported the volunteers; Nova Scotia Department of Natural Resources staff assisted on the island and A&M Sea Charters transported the garbage back to Eastern Passage where it was picked up by HRM trucks for final disposal and/or recycling. 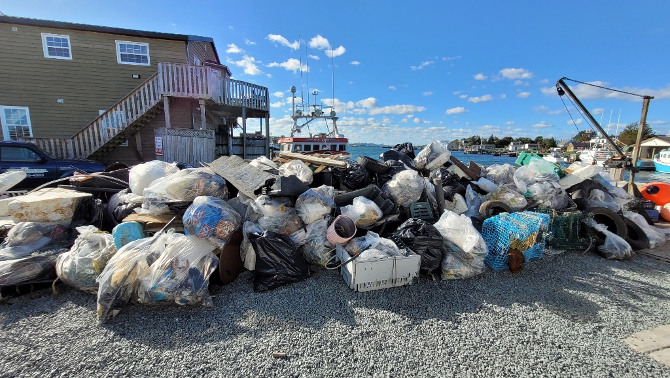 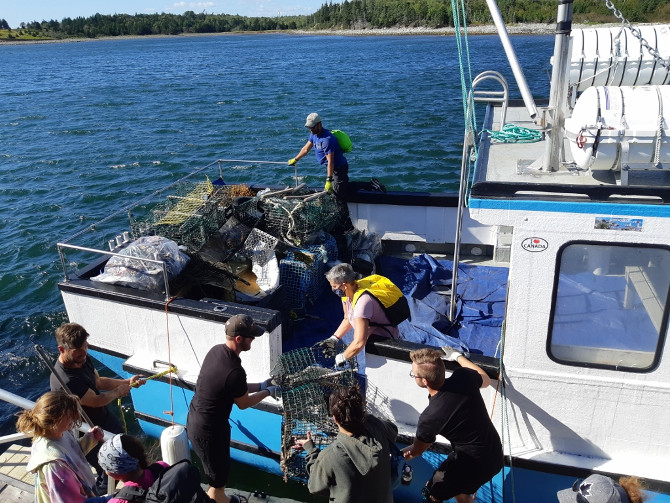